Characterizing Typical Development of Memory Systems in the Brain

Our main research goals involve testing developmental effects in a wide variety of memory paradigms, such as recall and recognition, associative memory and emotional memory. We are also interested in the effects of cognitive control, executive functions, and growth in knowledge base on memory development.

Our studies use extensive behavioral assessments, neuroimaging protocols looking at the structure and the function of the brain, genetic information and longitudinal designs to allow multidimensional characterization of memory development.

We are interested in the structural and functional development of the medial temporal lobe (MTL). In particular, our research is focused on the hippocampus, a key region in the MTL that is essential for memory. The hippocampus shows anatomical and functional heterogeneity both with respect to its underlying subfields (subiculum cornu ammonis (CA) 1-3, and dentate gyrus), and its anterior/posterior axis. We aim to characterize this hippocampal regional heterogeneity in the context of brain and cognitive development. For example, we study how the variability in volume of certain hippocampal subfields, such as the dentate gyrus (the only place where neurogenesis continues in the adult brain), may be linked to age-related variability in certain aspects of memory. In an ongoing longitudinal study, we aim to assess change patterns in the hippocampal subfields volume and whether those measures can indicate different patterns of memory development.

The hippocampus. The word "hippocampus" means "seahorse" in Latin. The brain structure was so named because of its resemblance to the marine creature (shown on the right).

Our primary technique to study hippocampal regional volumetry incorporates manual demarcation on brain images with ultra-high in-plane resolution (0.4×0.4 mm².) We follow rigorous rules and protocols in our tracing and assure that prior to actually tracing, each tracer establishes high reliability in tracing the given region. We developed a protocol for estimation of volumes hippocampal head, body, and tail (manuscript submitted).

The interaction of perception and memory

We study how brain regions involved in visual perception contribute to memory. Brain regions that support perception of complex visual materials such as visual scenes show protracted development. We are interested in how these regions may be involved in children's memory performance. Using fMRI, we are investigating how scene-sensitive regions (e.g., parahippocampal place area [PPA]) and object-sensitive regions (e.g., lateral occipital cortex [LOC]) support memory formation.

With the use of novel behavioral paradigms, we assess the interaction between the development of perception and memory. In a current study, we show children pictures of many scenes and objects to remember, and later we test their memory performance. We manipulate factors such as the timing of the presentation and the similarity among the to-be-remembered objects to discern the interaction between visual perception and memory.

Contributions of prefrontal cortex (PFC) to episodic memory across development

The PFC integrates information from a wide range of cortical regions, including regions in the MTL and occipital lobe. Moreover, the PFC is considered as the region with the most protracted structural and functional developmental profile. We are interested in how distinct regions within the PFC support developmental gains in memory. We use fMRI activations and are particularly interested in assessing how the connectivity between PFC and other regions varies across development. More recently, we start to use Electrocorticographic Recording (ECoG) to characterize the spatial and temporal mechanisms of memory in the developing human brain.

The interactions of memory and metamemory

Metamemory is the introspective knowledge or awareness of one's memory capabilities, mnemonic strategy use and the processes involved in memory self-monitoring. Previous studies have shown that both the use of semantic chunking and memory recall performance increase with age. We are attempting to understand this concept further and determine how the relationship between strategy use and memory recall changes across development. Specifically, we are examining whether this strategy-related improvement in recall is similar for both children and adults. 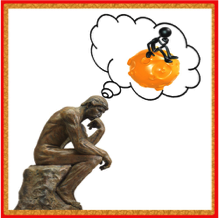 We are also interested in whether and how other metamemory components may play a role in memory development. In one project, we investigated the relationship between associative recognition memory and belief in the efficacy of mnemonic strategies. We found that people show increasingly stronger belief in the efficacy of deep encoding strategies from childhood to adulthood, which may account for the development in associative recognition memory during the same period. In another project, we investigated the relationship between prediction of remembering the stimuli during the study phase and actual memory during the test phase. We found that adults are better than children in accurately predicting their memory performance.

As we gain knowledge about the typical development of memory systems in the brain, we are collaborating with a number of groups that study patient populations, such as children born prematurely, young adults that were prenatally exposed to alcohol and other addictive substances, and adolescents with high risk for schizophrenia.

Declarative or episodic memory, the kind of memory that the lab is focused on understanding, is critical in formal education. Some of our work is intended to identify possible implications of the knowledge gained in cognitive neuroscience of memory development in educational settings. One specific goal in this avenue of research is identifying functional and structural brain markers to assist assessment and evaluation of interventions.

In search of Proto-syntax in the Brain - Collaborative Research

In this collaboration we investigate the neural basis of syntactic processing.  We combine our experience with imaging techniques together with the theoretical syntax research of Dr. Progovac, the director of the Linguistics program at Wayne State University.

Our goal in this study is to match Dr. Progovac's theoretical models of language to actual areas and processes that are observable in the brain using novel fMRI paradigm. We hope to gain insight that may aid in the understanding of how language evolved, and possibly assist in the future research on the diagnosis of language related disorders.

This research is funded by the Marylin Williamson Distinguished Faculty Fellowship, from the WSU Humanities Center.